I almost saw the sun rise. Almost. I got up early to voice a promo for the Sundance Channel’s “All on the Line with Joe Zee,” On the phone patch line, I found out that I will be voicing the promos for this show all season! The show premieres November 25th – I will definitely be watching!

Playing crazy and being frightening (on film, of course)

Me? In a horror movie? Playing the antagonist? Hard to believe (unless you’ve seen that psychotic side to me… and if you have, I’m sorry :))

I had an amazing time scaring people on the set of  “sx:ta:pe.” The feature horror film, directed by Bernard Rose (Candyman) and produced by Stephen Schneider (Paranormal Activity), Sebastian Aloi, and Chuck Simon,  and written by Eric Reese. My instincts tell me it is going to be extraordinary – a horror film for the intellectual or anyone who wants to hold their date while they scream…. and they will scream.

Also, I recently finished working on two other films by Bernard Rose (Immortal Beloved). I voiced the intercom for Two Jacks and the GPS named Cynthia for Boxing Day. I cannot wait to hit the film festivals this year!

So excited to be voicing for an E! 2 hour Entertainment Special: “50 Super Epic Moments.” I count down the 50 most super epic moments since 2005. The script is hilarious and highly entertaining. It’s one of those programs that you think you’ll just watch for a minute and end up watching the entire thing and then watch it again when it re-runs and re-runs… and re-runs. Happiness. It premieres June 30th at 9PM and here are a few more dates/times in case you forgot to turn on your DVR:

Also, Neilson ratings from the premiere ranked the show #17  with .545 million viewers. Yup, half a million people heard my voice! 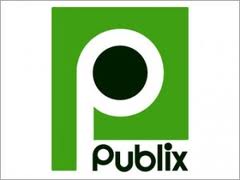 Yep, that’s right! I am a booking machine this week. Not only does Zumba Fitness want me to re-record  their commercial, but I will be recording next week for Publix the grocery store. So I will be in sessions Monday, Tuesday and Wednesday of next week! If it weren’t for my sister’s wedding on Thursday – I would be intending to get a job to record every day next week!

Tomorrow, I will be recording a commercial for Southern California Edison. I play a blender that sounds like Judy Holladay. I put on my best “Born Yesterday” impression and booked it. I am very excited as it is my first commercial booking since I started with my new amazing agency, Atlas Talent. Southern Californians keep your ears open for me.

Update: Find the completed radio commercial linked. It was great fun to record with DC Goode and Brian Cummings!! My new VO funnyfriends.

Getting revved up to wake up early (yikes! 6am) to get in line for tickets to Sundance Film Festival. This year seems busier than ever… and I was unable to get any advance tickets, except for “Codependent Lesbian Space Alien Seeks Same” to see at midnight (of course). Who knows what characters I will run into waiting in line… just other film crazies like me, I suppose.