Julie Marcus - The kind of pretty that makes you jealous of her microphone.

I was born in Dallas, Texas to South African parents – what? No accent. My South African accent merged with my Texan drawl to form my Standard American English dialect (yes, that’s how it’s done). I’ve got two younger sisters and a psychologist for a Mom and a civil engineer for a Dad; hence, my

We moved to La Jolla, CA when I was 15, and I went to La Jolla High School where I acted in school plays and was the founder of the Freestyle Expression Club (don’t ask… actually, yes, ask! I would like to resurrect it one day). I went to undergrad at USC (Go Trojans?!?) and started doing stand-up as a result of a USC stand-up competition that had no comedienne’s enrolled in it so I thought it ’bout time to represent.

After graduating, I moved to NYC (my soul-sister city) where I did stand-up, theater, on-camera acting and voice-over work full-time…eventually. I paid my acting dues as a cocktail waitress at Birdland, personal assistant, executive assistant and, of course, cigarette girl. Once I felt established and happy, I thought, hey I should uproot myself and start a bi-coastal life. I’ve been going back and forth between NYC and LA ever since…. following where the work takes me (or sometimes I just miss the good food in NYC).

I obtained my Bachelors in Theater while at USC, and also got a Minor in Film, all in less than three years (see – I told you I was type A). I’ve also studied with the T.Shreiber Studio, The La Jolla Playhouse, and Anthony Meindl’s Actor Workshop. I’ve been through the whole program at Upright Citizens Brigade to the point that they call me Advanced. AS for voiceovers, I’ve taken classes with Elaine Craig, Kalmenson and Kalmenson, and Voiceovers Unlimited.

I’ve been paying my bills as a voice over actress since 2006. I voice commercials, animation, radio imaging, promotions, narration and audio books. My client roster includes: Dreamworks, Netflix, Cartoon Network, TJ Maxx and Marshall’s, Sundance Channel, Rockstar Video Games, Mastercard, Audible and E! (among others). Here’s some of my latest voice over work 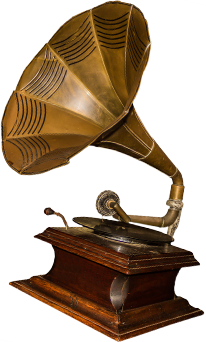 Sx_tape, a film directed by Bernard Rose (“Candyman”) and produced by Stephen Schneider (“Paranormal Activity”) is one of my most recent works. I play Colette McLeod alongside Caitlyn Folley, Ian Duncan, and Diana Garcia. You can also hear me as the GPS in “Boxing Day” – a contender at the Venice Film Festival 2012. A while ago, you may have seen me on an episode of “Rescue Me.” I’ve done a commercial, or two as well.

I’ve graced the stages with my alluring wit at Caroline’s on Broadway, The Improv, Standup NY, The Slipper Room, The Underground Lounge, NY Comedy Club, Ha-ha Cafe, and The Ice House. I also perform improv around greater Los Angeles.

Not only do I write my stand-up, but also I have written numerous sketches, one play (“It’s a Wonderful Sex Life,” unveiled at the Manhattan Theater Source) and one screenplay (lascivious details coming soon).